The Extraordinary Oliver Smith Will

Historians claim that every man is a reflection of the times in which he lives. Occasionally, however, there is born a man who intuitively comprehends the value of methods still untried, or theories yet unproved. Such a man was Oliver Smith, a benevolent and successful farmer from Hatfield, Massachusetts, who died in 1845, leaving one of the most extraordinary wills ever filed in a Massachusetts court.

The provisions of the will established a $400,000 Trust, which has paid out over $9,000,000 to qualified recipients from nine communities. The beneficiaries, as amended, enumerated as young men and women apprenticed to a trade, widows with children, brides and nurses. Further provisions of the will established Smith Vocational and Agricultural High School in Northampton and a $10,000 fund was set aside for the American Colonization to aid freed slaves.

In 1847, the heirs of Oliver Smith secured the services of the eminent Rufus Choate to contest the will at a Supreme Court trial held in Northampton. The Trustees of Smith Charities engaged the brilliant Daniel Webster, who successfully defended the provisions of the will. 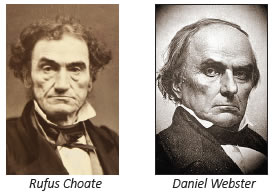 The Results of The Smith Charities

It would be impossible to accurately measure the benefits which member towns and their residents have derived, directly or indirectly, from The Smith Charities since 1848.

No one can appraise the value of an annual cash gift to a widow rearing a family, or the more than 25,000 young women that started their marriage with The Smith Charities bridal gift. Only the young craft person can know the real worth of the money which helps him/her establish a business or buys them tools of the trade.

The Will of Oliver Smith made another farsighted contribution in a strongly worded passage that set forth a demand for religious, racial, and political tolerance in the bestowment of the benefits. Succeeding generations marvel at the foresight and keen perception of a man which is confirmed by the passing years.